The Trinity from Genesis to Revelation 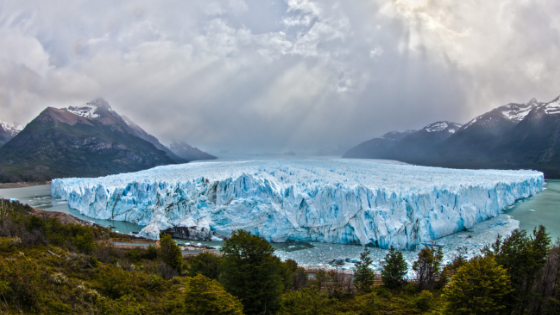 The doctrine of the Trinity is embedded in the Scriptures from Genesis to Revelation. It is ingrained in the very fabric of Scripture. The Trinity drives redemptive history, and studying these stories gives us a fuller picture of how the triune God accomplishes our hope.

THE TRINITY IN THE OLD TESTAMENT

This begins at the beginning. In Genesis, we have God making the world, the Spirit hovering over the water, and God speaking to create. In this, we can observe God the Father and the Spirit, as well as even the Son as the Word which God speaks (cf. Ps 33:6; Jhn 1:1-2).

We again see the plurality of the Godhead at creation when God says, “Let us make man in our image” (Genesis 1:26). Note not only the plurality, but also the parallelism. God made man—“male and female He created them” (Genesis 1:27). The plurality of the godhead becomes the basis for plurality within humankind, male and female. In fact, this is confirmed in Genesis 11. The next time God says “let us” do something, it’s at the Tower of Babel where language is confused. The triune-ness of God is associated with and the basis for relationships, communication, and all that happens therein.

The Trinity holds the plan and truths of God together

Later in Genesis, God delivers messages to Hagar and Abraham via the angel of the Lord. We come to understand this figure as God because He speaks as God in each of these situations (Genesis 16, 18). At the same time, however, He is distinct from God (the Father) for He is sent by God to speak. This tension of being distinct from God, yet God, is part of the foundation for the Trinity. The Trinity is involved in the formation of the people of God.

The Trinity is not only involved in Genesis, but also in the Exodus and the wilderness wanderings. Exodus 14 records how God looks down from heaven through the angel of the Lord in the pillar of cloud (Exod 14:24). However, that angel is already identified as God Himself (Exod 13:21). How can God look through God? The Trinity explains this. The triune God is involved in the Exodus deliverance. Likewise, in Numbers 11, God (in heaven) pours out His Spirit on the leaders of Israel. At the same time, the pillar of cloud is still leading them through the wilderness. God (the Father) in heaven pours out the Holy Spirit upon His people, all while the Son is right in front of them in the pillar of cloud. That’s the Trinity. The Trinity is also involved in the wilderness wanderings. A similar logic occurs in the conquest (Josh 5:14) and even in the period of the kings of Israel (2 Sam 24:15-17). The Trinity indeed drives the plan of God forward.

The Trinity not only drives Israel’s history, but also prophecy. The book of Isaiah illustrates this. Isaiah declares, “I saw the Lord sitting upon the throne, high and lifted up” (Isaiah 6:1). Later, Isaiah uses the same language to indicate that the One he saw on the throne is ultimately the Suffering Servant (Isaiah 52:13). Consistently, the Suffering Servant is God Himself. However, in the context of Isaiah 53, God smites this Servant, who is God. How can God be smiting God? He can’t, unless you have the Trinity. The Trinity drives the atonement.

THE TRINITY IN THE NEW TESTAMENT

This moves us to the New Testament, and to be sure, the Trinity holds together the events and theology of this testament. In the Gospels, Jesus pleases the Father (Jhn 4:34) as He is driven by the Spirit (Matt 4:1). God the Father and the Spirit uniquely testify to the Son (cf. Matt 3:16-17; Heb 2:4). The life of Christ falls apart without the Trinity. The triune God also drives the mission of the church. In Acts, the church receives the Spirit (Acts 2:2-4) to proclaim the Son (Acts 2:22) who sits at the right hand of the Father (Acts 2:34-36). The very witness and mission of the church demands the Trinity.

The triune Godhead is revealed in eschatology as well. Without the Trinity, you can’t have the Day of the Lord in 2 Thessalonians 2. That judgment comes when the Holy Spirit, the restrainer, is removed, and God the Father sends a deluding influence so that they will not believe the Son. Likewise, the very courtroom scene of heaven, which inaugurates the end of history (Rev 4-5), showcases how the Father honors the Son as the King whose ministry is anointed by the Spirit (Rev 1:4; 5:6-8). In the end, the triune God will rule the New Heavens and Earth and receive worship (Rev 22:3; cf. 1:4). All of this shows that these members are all co-equal and thereby one, for there is only one God (cf. Deut 6:4). At the same time, they are distinct persons. The end of history unveils the full glory of the triune Godhead. The Trinity is as important at the end as it was in the beginning.

Hence, this doctrine is engrained in the storyline of the Bible from the first book to the last. The entire narrative has been constructed by God to reflect the Trinity, and without the Trinity, it would fall apart. After all, if God is one person, then Christ cannot honor His Father in the Gospels, for both cannot be at the same time. If God is one person, then the Father cannot honor the Son empowered by the Spirit in Revelation. Furthermore, if the Son is not God, such an act in Revelation would be blasphemy. On top of this, without the Trinity, the cross does not work. Who does Christ satisfy in His death if there is only one person in the Trinity? Who receives His atoning work? Even more, if Christ is not God, how does His death satisfy the wrath of God and give us the righteousness of God (2 Cor 5:21)?

The Trinity holds the plan and truths of God together.

THE TRINITY AS A FOUNDATION FOR RELATIONSHIP AND COMMUNICATION

However, communication exists because the Godhead has perfect communication: multiple persons all saying one thing, for they are one. As each person of the Godhead works in our lives in the New Covenant, we commune then with God in His perfect communion within Himself. We have the deepest fellowship with Him (1 Jhn 1:3-4). That is the beauty of the Trinity’s involvement in God’s plan and our lives.

WHAT WE NEED TO UNDERSTAND

With that, we can understand the following about the Trinity:

The Trinity is serious. Christianity stands or falls on this doctrine, and we need to take it seriously.

The Trinity is sublime. The doctrine of the Trinity allows us to commune with God most deeply. It is a privilege to be caught up in the life of the godhead in the most intimate fashion. It is nothing short of sublime.

In Defense of Something Close to Venting

Be Who You Are to Me, God